The provincial government will spend an additional $3.5 million on arts and culture on P.E.I. over the next five years under its new action plan.

The document, Cultivating Growth, was released Monday afternoon and includes many changes to the bureaucracy around creative industries, and a fund to support expansion in the local film industry — although no dollar amount is specified.

“Islanders live in a culture that is strong but capable of even more,” the document said.

The strategy lays out more than three dozen actions, including:

Details of the new programs are still being worked on, officials said.

“We don’t have all the details yet of what every program and every support is going to look like because we are just getting to the hard work now,” said Michelle MacCallum, director of cultural development at Innovation PEI.

“We want to work with industry to make sure we are meeting their needs.”

Some of the recommended actions relate to overhauling the province’s bureaucracy around arts and culture, including creating a Creative Industries Secretariat within Innovation PEI to manage cultural development initiatives, and establishing a P.E.I. Arts Commission to provide guidance and oversee funding for cultural activities. 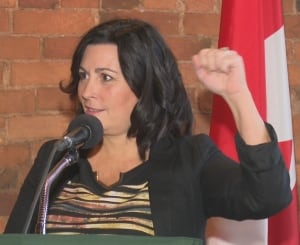 Much of the strategy is aimed at growing creative businesses and finding new markets for those products. Those include a recommendation to establish a Creative Industry Market Development Program.

Anne of Green Gables, potatoes, lobster and beaches are mainstays of P.E.I.’s identity and culture, noted Education, Early Learning and Culture Minister Jordan Brown. “They are not, however, the full story, particularly with our growing cultural diversity.”

P.E.I.’s Indigenous people are also mentioned several times as key — the strategy suggests collaborating with Indigenous people to develop learning initiatives about Mi’kmaq history and culture for Islanders and newcomers.

The strategy was created with input from focus groups, group interviews and pop-up cafés across P.E.I. this year, as well as a public online survey which gathered more than 1,500 responses.